Tom Lawyer started LMS Building Systems with a four-person team on Highland Avenue in 1969. Back then, Tropicana Ave was called Bond and Sahara was called San Francisco.  Things have changed over 50 years, but one thing hasn’t – the need for comfortable indoor environments.  With every change in Las Vegas’ skyline, LMS has been there, providing equipment, service and expertise with every iconic building in the city.

Those were the days…

“One thing that has stayed constant is that it’s always hot in the summer and cold in the winter,” chuckles Lawyer. “It is our business to keep our city comfortable. Over the years, a major change in the business environment in our industry is the fact that initially most of the dealings were with the principals of the hotels. Let’s face it, who was running our town back then? They were my clients.”

“Then, Howard Hughes was one of the first to come in and run the hotels as a corporation. Up until then there were individuals that made the decisions and today there are layers of people working in major corporations.”

In many ways, Lawyer says doing business was simpler in the early years, despite the occasional brief moments of intimidation…

“At one time Caesars Palace was replacing the large air conditioning chillers that cool the hotel and casino. During one phase, they ended up with one chiller and it was the only unit providing cooling at that point. Then one day it broke down,” says Lawyer. “Of course, I was called by Harry Wald, who was the president of Caesars at the time. Fortunately after going to the property, I was able to figure out the problem on the spot as he was explaining in great detail in emphatic terms – which I remember clearly to this day – what it would mean to not have cooling for his casino immediately.”

Lawyer said meetings with Wald took place in the board room, which was an actual vault, complete with a steel vault door, located in the original Caesars tower. “We would all go in, and nobody could hear anything outside of that door.”

For the air conditioning industry, Lawyer says the biggest changes over the past 50 years centered around energy, sustainability and refrigerants.

In a continued effort to grow and impact the city, LMS, along with peers from around the country, launched ae3 in 2013, an international alliance of locally-owned energy service companies that provides energy, economic and environmental solutions to owners and facility managers for buildings. “We do business with education, government, industry, commercial real estate, healthcare, life sciences, resort and entertainment clients, and we take great pride in helping this city flourish. With our established roots in the community, we have a major stake in its economic health,” says Lawyer.

Another milestone in the industry came in 2005 when The LINQ was constructed, it was the first property on the Las Vegas Strip to be managed remotely. “Comfort is controlled by a touch of a button,” says Lawyer. “We even control the system that cools the brakes on the High Roller.”

In 2011, John Kotek, P.E., became president of LMS Building Systems, leading the company’s overall strategic corporate development. Kotek, had been with LMS since 1995.

“Being part of the company and seeing its success and growth is an incredible accomplishment I share with our entire team,” says Kotek. “But more than ever, we are looking to the future and as we strive to remain competitive, while making a difference in our industry and our community.”

Firmly rooted in Las Vegas as the premier single- source provider for commercial cooling and heating, LMS Building Systems has provided equipment and serviced nearly every major building in Las Vegas, from the Landmark Hotel, to UMC, to CityCenter, to The LINQ to the highly anticipated Las Vegas Raiders Stadium. El Cortez continues to be one of the company’s longest standing clients (over 35 years)!

Integral to the history and growth of Las Vegas, LMS Building Systems provided cooling systems when Las Vegas experienced its resort boom in the early 1990s with properties such as Mirage, Bellagio and Excalibur, which in 1991 was considered the largest resort in the world.

Looking ahead, LMS Building Systems plans to continue to expand its controls and boiler services, raise the level of expertise among its staff of engineers, energy managers and service technicians and grow the business. Its recent brand identity, logo and name change to LMS Building Systems is a celebration of 50 years.It also reflects a modern aesthetic, as well as the principals outlined in providing fluidity in creating better environments for buildings.“For 50 years, LMS has helped our customers meet the needs of energy solutions,” says Lawyer. “One thing that hasn’t changed is we are in the people business. We create comfort. Seems like a simple proposition, but in a town like this, it’s a high priority and we treat it that way.” 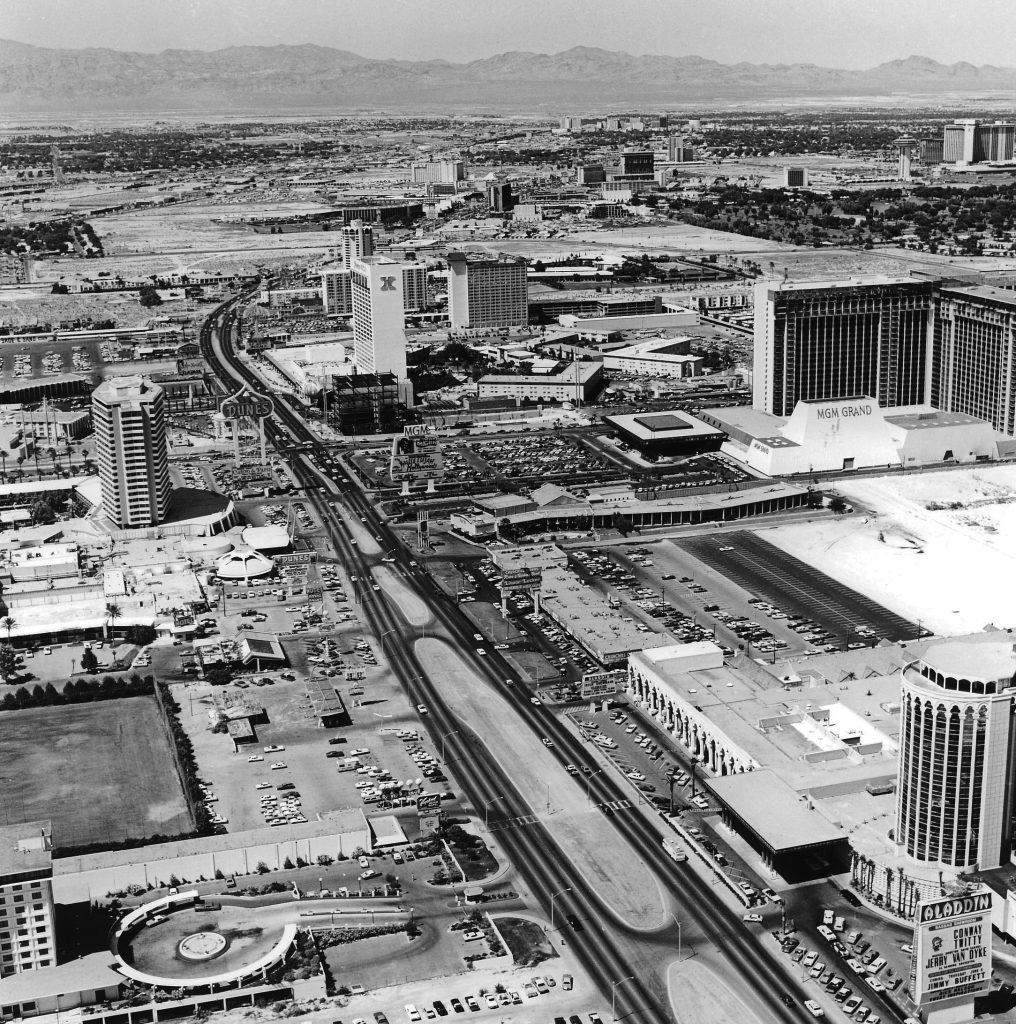 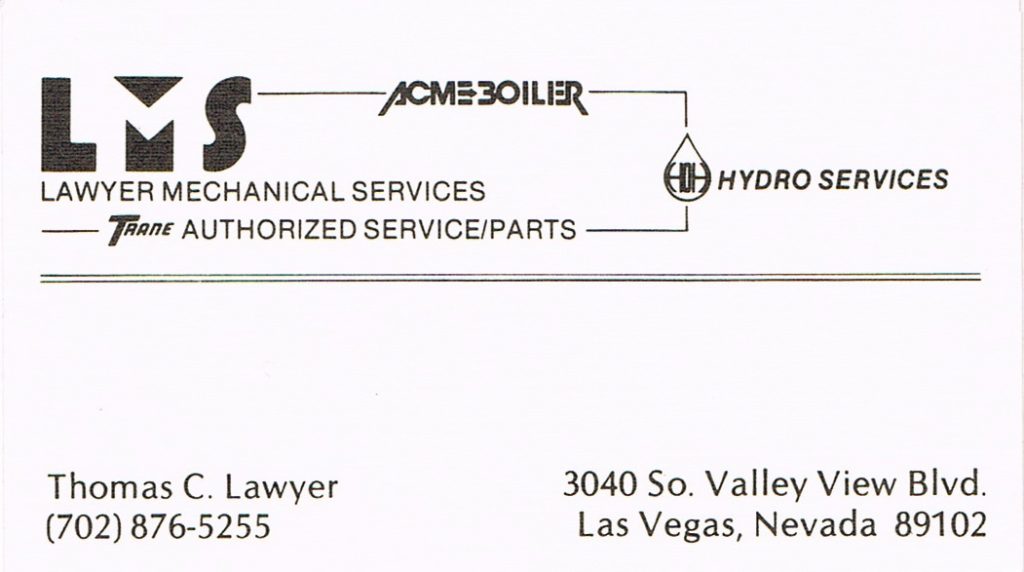 Vegas World was a space-theme casino and hotel where The STRAT now sits. 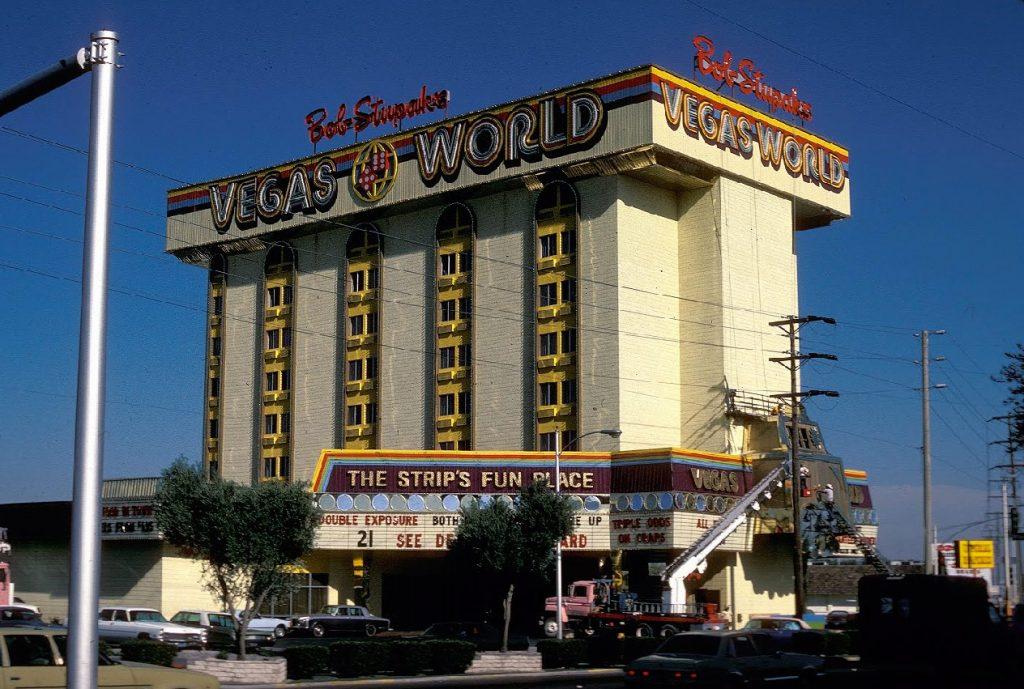 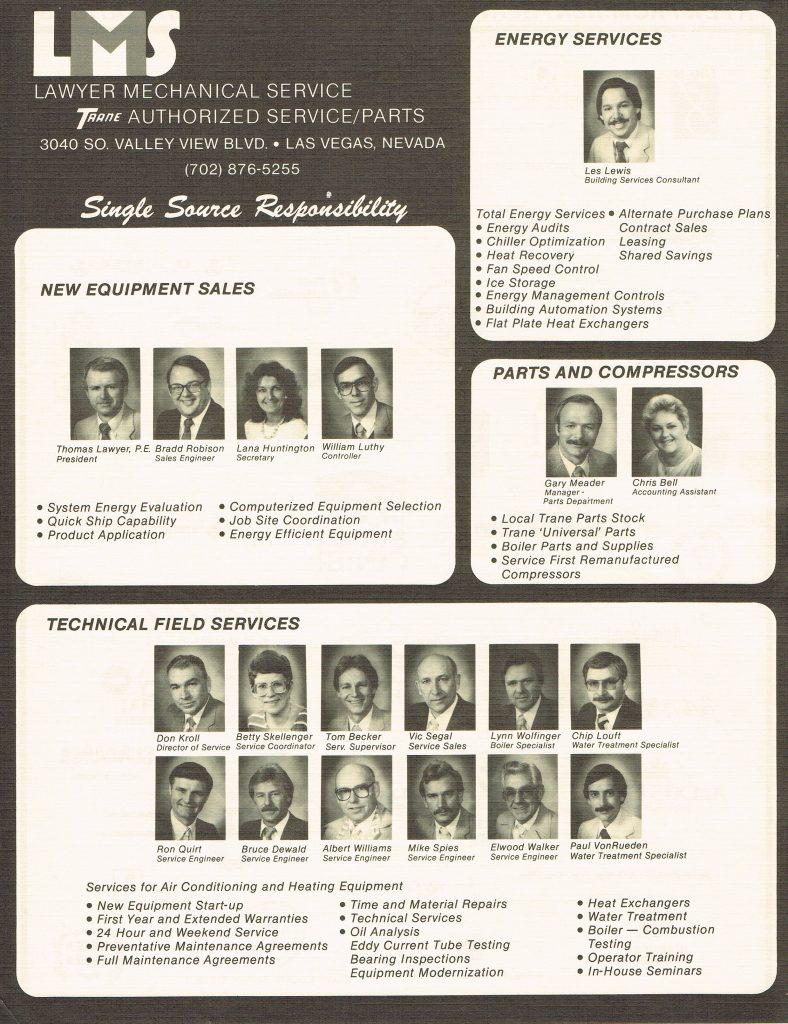 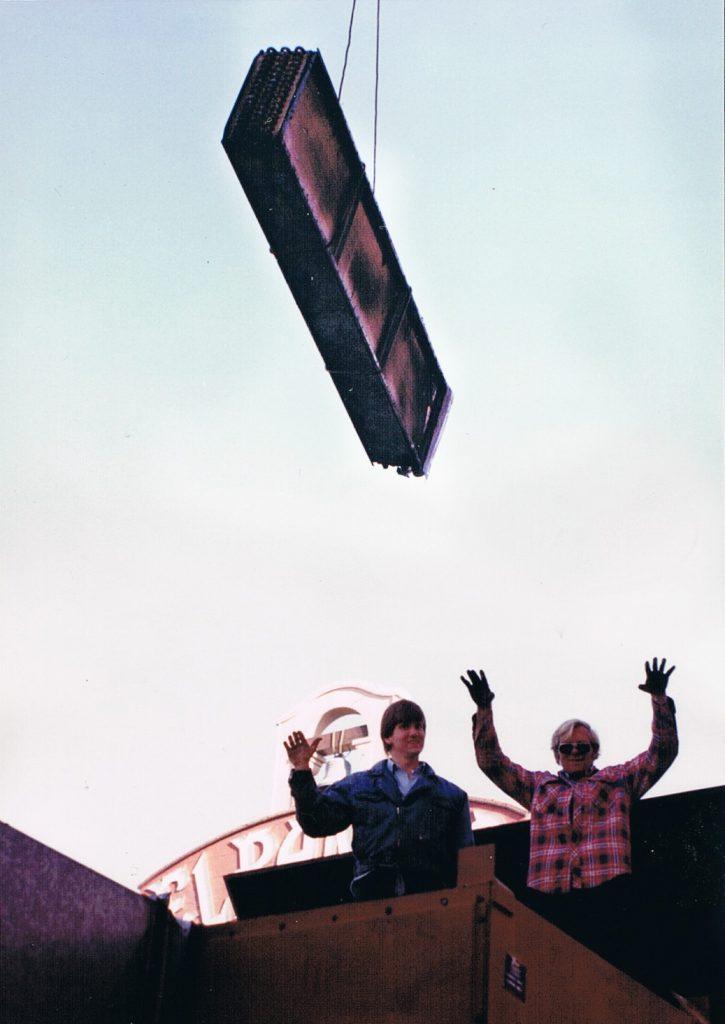