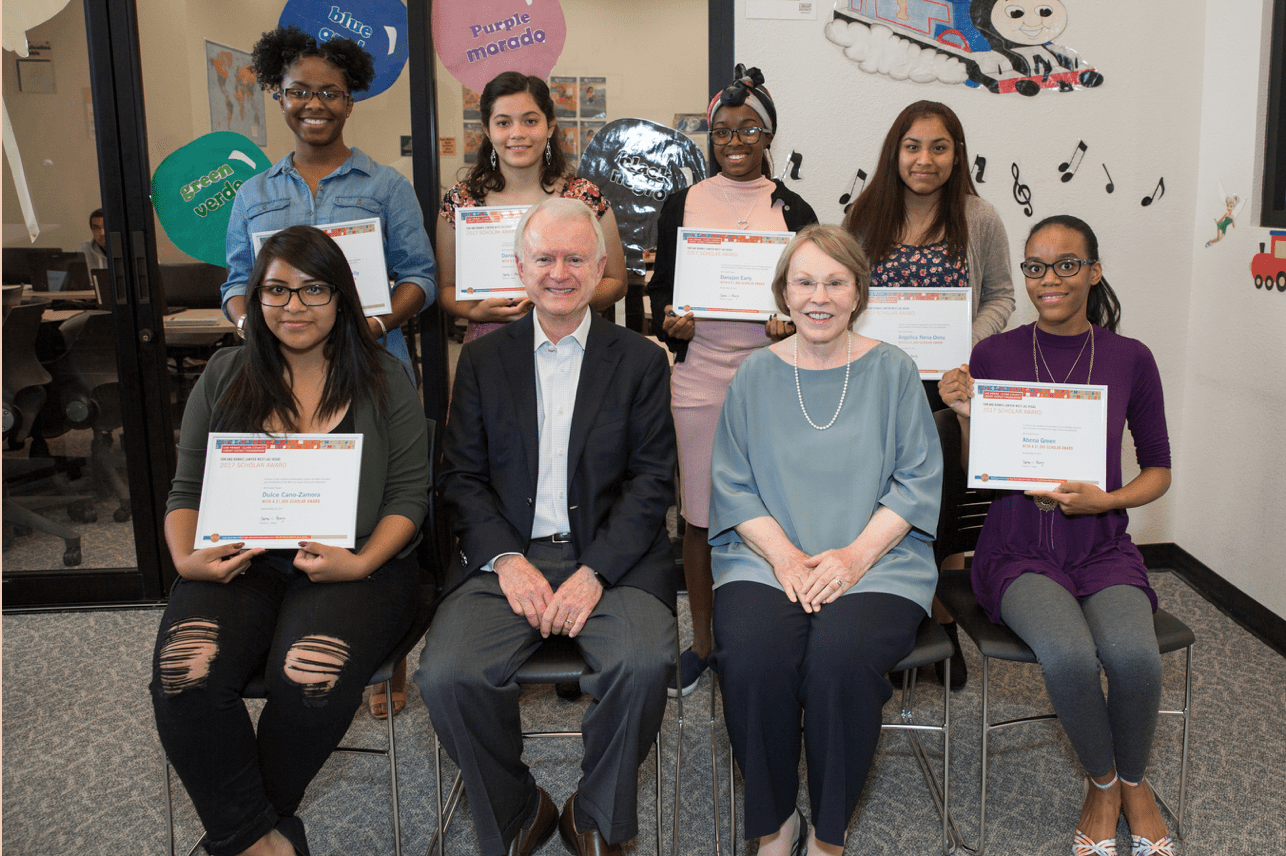 As a resident of Las Vegas for over 60 years, LMS CEO Tom Lawyer has adopted the community-at-large by giving back in many ways.

This past week, Tom was recognized for his 18 years as a founding board member of the Las Vegas Clark County Library District Foundation. While Tom as serving on the LVCC Library District Foundation, the Board visited the West Las Vegas Library.  He was so impressed by the staff of the library and their personal involvement with the students, he offered to give five scholarships to students selected by the staff.

“The library district reaches more people than any other non-profit in Las Vegas,” says Tom. “When school gets out, students would walk from the nearby charter schools plus public schools to the library.”

Scholarships were awarded to students who wanted to obtain higher education in any field of their choice.

“In the first year, we gave five scholarships,” says Tom. “Then we increased the amount and started awarding it to eight students, then 10 each year.”

To apply for the Tom and Bonnie Lawyer Scholar Awards, students had to demonstrate the intention to go to college and also have a connection to the W. Las Vegas Library.

“All these students were great. It was very difficult to narrow them down, so sometimes we awarded the scholarship to all the applicants.  Many had big dreams.” says Tom. “One of our scholars had a goal to open a school in Kenya… and she did!”

At the end of his 18 years, the Foundation had money remaining. When they asked Tom if he wanted the money back, he told them to keep it. He requested them to use the funds to purchase a computerized touch screen table for the students to use at the library.

Over the 18 years, Tom and Bonnie provided scholarships to 45 students – many of them for multiple years – 88 awards in all. These students studied a variety of disciplines at universities throughout the U.S.

“Giving back is rewarding,” says Tom. “I encourage my associates at LMS to do the same because not only is it a great feeling, the potential results can be life-changing.”