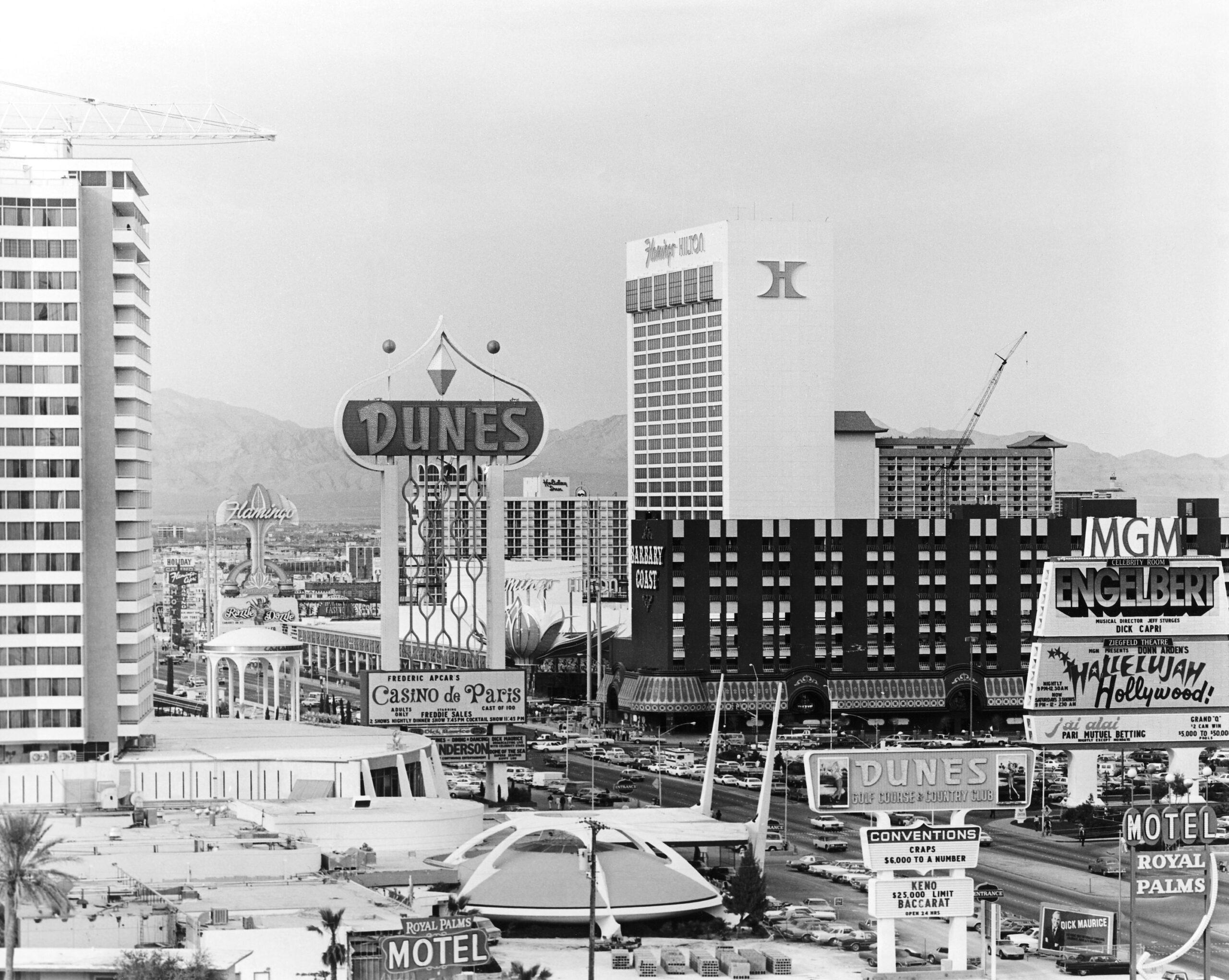 During the 1950s, the Las Vegas Strip took shape with resorts that would draw visitors from all over within driving distance. But, if not for the invention of air conditioning and the casinos’ willingness to equip every new resort with it, Las Vegas could still be a ghost town.

El Rancho led the way to cool indoor temperatures as the first major resort opened in 1941 with air conditioning. It was a novelty. The hotel exemplified the formula for the Strip’s success: gambling in a spacious hotel, a “chuckwagon” buffet to accommodate 250 people, parking for 400 cars, and air conditioning. The air conditioning units consisted of large ice machines installed by Refrigerating Equipment & Supply Company of San Bernardino, California. This system had a capacity of 60 tons of refrigeration per day and a circulation of 22,000 cubic feet per minute of filtered air properly humidified or evaporated as occasions demanded. Heat was provided by gas-fired heaters.

“Technology has changed, but one thing that has stayed constant is that it’s always hot in the summer and cold in the winter,” chuckles Lawyer. “It is our business to keep our city comfortable.”

Lawyer says the biggest changes over the past 50 years centered around energy, sustainability, and refrigerants for the air conditioning industry. Over the years, the business environment also evolved. In the early days, LMS worked directly with the principles and owners of the hotels.

“Howard Hughes was one of the first to come in and run the hotels as a corporation. Up until then, there were individuals that made the decisions, and today there are layers of people working in major corporations,” says Lawyer.

“We do business with education, government, industry, commercial real estate, healthcare, life sciences, resort, and entertainment clients, and we take great pride in helping this city flourish. With our established roots in the community, we have a major stake in its economic health,” says Lawyer.

Another milestone in the industry came in 2005 when The LINQ was constructed. It was the first property on the Las Vegas Strip to be managed remotely. “Comfort is controlled by a touch of a button,” says Lawyer. “We even control the system that cools the brakes on the High Roller.”

In 2011, John Kotek became president and co-owner of LMS Building Systems, leading the company’s overall strategic corporate development. Kotek had been with LMS since 1995.

“Being part of the company and seeing its success and growth and the transition is an incredible accomplishment I share with our entire team,” says Kotek. “We look forward to the future and remain competitive as a local authority in the industry while making a difference in a city that has become part of our DNA.”

LMS is firmly rooted in Las Vegas as the premier single-source provider for commercial cooling and heating and integral to the history and growth of Las Vegas. LMS provided cooling systems when Las Vegas experienced its resort boom in the early 1990s with Mirage, Bellagio, and Excalibur, which in 1991 was considered the largest resort in the world.

Today, LMS provides over 102,000 tons of cooling within one square mile of Spring Mountain Rd. & Las Vegas Blvd alone. LMS also monitors energy use in over 5 million square feet of space throughout the valley. During the COVID-19 pandemic, LMS remained open and worked with clients to restore the health of their buildings and welcome occupants and visitors again.

The Las Vegas Strip had evolved since the days when air conditioning was introduced to the city. One glance at the skyline is a testament to the longevity of LMS Building Systems with Las Vegas.

And now, another summer is here – ready to create comfort.